Thank you Brokelyn for naming us one of the 10 best podcasts in NYC!

When Marc was a teenager, his mother received a call that would change their lives. His father, a New York City policeman, was shot. Hear the touching story about how he learned about his dad’s superpower.

Like the show? Tip The Bartender! Or give it 5 stars! Want to learn how to produce your OWN podcast or have someone produce one for you? Contact Katharine for information on classes, consultations and production services.

Marc L Abbott is a novelist, playwright, short film director and storyteller. His written works include A Gamble of Faith, The Hooky Party and The Dead Syndicate. His short horror film, Snap, was an official selection at this year’s Coney Island Film Festival. He is a Moth StorySlam and GrandSlam winner and has been a featured storyteller at Tell It: Brooklyn, The Dump, What Are You Afraid Of, Barbershop Stories and BadyHOUSE Storytelling Concert Series. He currently has a one man show out called Of Cats and Men: A Storytellers Journey which will be at Q.E.D. on March 31st. Born and raised in Brooklyn, NY, he still calls the borough his home. Visit his website for more on his work and future appearances.

Here he is doing what he does best: 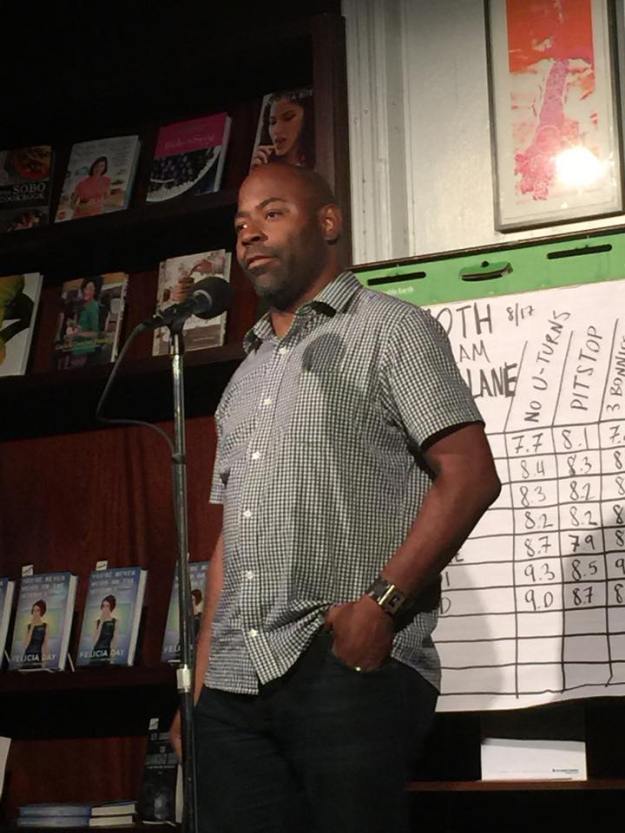 “Skies Split” by Electric Turn To Me